LOVE IS IN THE AIR

Decked out in toreador bolero jackets, paper hats and parade uniforms, four young people dance and sing in a blaze of light and glitter. They are celebrating Teresa’s birthday – with drugs and music in full flow. It will be a long and turbulent night; a decisive night, too, because Teresa is sixteen and still a virgin. Tonight she’s determined to sleep with Stefan, but Stefan either won’t or can’t oblige. Even the red thigh boots Teresa breaks a shop window to get don’t seem to help. Daniel pines for Lina – especially when she sings her gorgeous songs. Although Teresa’s girlfriend claims to have slept with fifty-three boys, she won’t let Daniel touch her. Lina dreams of seducing a rock star and wants to make it big as a singer. Daniel would give his eye teeth to persuade Lina to sleep with him. But even a crazy spin in a stolen VW Beetle fails to make Lina see who really deserves her affections. This iridescent Danish musical is a blend of fast-paced sequences and moments of calm that constantly pushes back the borders of the genre. The film marks young singer Emma Sehested Høeg’s fifth outing.

more about: Love Is In The Air

”This should call off all talks of a crisis in Danish cinema. OK, some Danish films don’t work, but they are probably not very good. We have had our best year ever – and I would say so have Danish...

A total of 30 films - supported by the members of Cine-Regio - the network representing 34 regional funds from 14 European countries - have been selected to screen in the several sections of the...

This year Danish director Susanne Bier’s In A Better World collected both the Golden Globe and the Oscar for Best Foreign-Language Feature, while Lars von Trier’s Melancholia scooped three...

With 16 nominations, A Family leads the race for Denmark’s Roberts

Danish director Pernille Fischer Christensen’s A Family, which was launched in competition at the Berlin International Film Festival to win the international critics’ FIPRESCI prize, leads the... 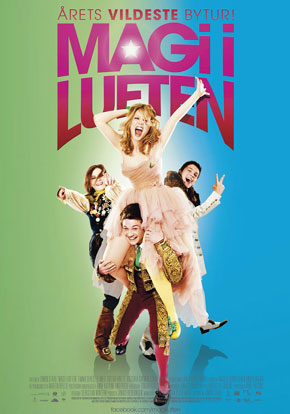