BACK TO SQUARE ONE

Half-brothers Joël and Régis have nothing in common but their father, who they barely know. Joël is unemployed and lacks initiative. France, a "racist country" according to him, is the cause of all his woes and being black is his constant excuse not to look for work or even pay for his bus ticket. Régis is his totally integrated side. He is so well integrated, in fact, that he denies his black half and can't stand people referring to his origins. If you believed in what he says, you'd think crime and immigration go hand in hand. Called to their dying father's beside in the West Indies, all they receive for inheritance is the certificate declaring the freedom granted to their slave ancestors. The document has been passed down through the family from generation to generation. The brothers rip the certificate up, impervious to its symbolic value. Determined to punish them for what they've just done, a mysterious elderly aunt, who has been keeping her eye on them since they arrived, decides to take them back in time. Cast back to 1780, smack dab in the slavery period, Joël and Régis will be sold at the market as slaves. They must join forces, not only to escape from the plantation, but also to find a way to get back to the 21st century.

more about: Back to Square One

Mars distributes In the Name of My Daughter in 281 cinemas

Fidélité has the wind in its sails at the box office as it releases André Téchiné’s film that was unveiled at Cannes; also hitting screens is The Bridges of Sarajevo

The diversity of European production is also being showcased with The Blocher Experiment, Only Lovers Left Alive and Gloria

After the success of Case départ, Fabrice Eboué and Lionel Steketee are embarking on a new comedy with their partner in film Thomas Ngijol

Over a million viewers for MyFrenchFilmFestival

With over 1.3 million viewers compared to last year’s 40,000, the second edition of online festival MyFrenchFilmFestival (read more), organised from January 12 to February 1 by Unifrance, has set...

This week, shooting started in the Paris area on Jérôme Enrico’s second feature: Paulette. After Oedipus in 2001, the son of film director Robert Enrico is this time embarking on a social comedy...

MyFrenchFilmFestival sets out to conquer the Web for second time

Kicking off on January 12 is the second edition of MyFrenchFilmFestival, the online French film festival organised by Unifrance. A year after it attracted 320,000 Internet users from 171 countries...

The winners of 2011: Untouchable and the rest

While the 2010 audience figure record (206.3m admissions, i.e. the best score since 1968) is about to be broken, it’s time to take stock of the box-office results for films released this year in...

Back To Square One looks at West Indies, racism, history and integration 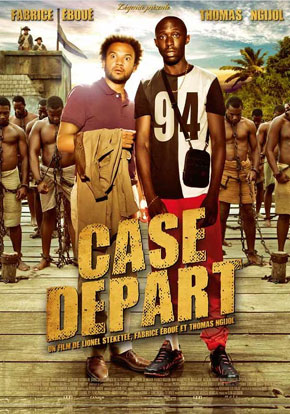