The most important event in the history of Romanian football: on May 7, 1986 Steaua Bucharest won its first and only European Champions Cup against FC Barcelona, when the legendary goalkeeper Helmuth Duckadam stopped four consecutive penalty kicks. Julian Ploscaru had recorded the game on his VCR, and it will be the main theme of conversation between him and his kids, his wife, his mistress Lidia and his boss, despite the fact that the Chernobyl disaster had happened just two weeks earlier and is still very much present both in individual and collective awareness.

Gabriel Achim’s debut feature film is a multilayered satire, set in Ceausescu’s time. Largely shot on VHS, it deals with perception of reality on several levels.

The director/writer/producer talks about his debut feature Adalbert’s Dream and how Romanian history looks from today’s perspective.

The Romanian director’s second feature will start shooting in April

Everybody in Our Family is big winner at Gopos 2013

As Cristian Mungiu refuses to be nominated, Somewhere in Palilula receives the most nominations

Everybody in Our Family capable of violence

Everybody in Our Family, Radu Jude’s follow-up to The Happiest Girl in the World has many of the characteristics the new Romanian cinema, but wraps them into a more violent story than is usually... 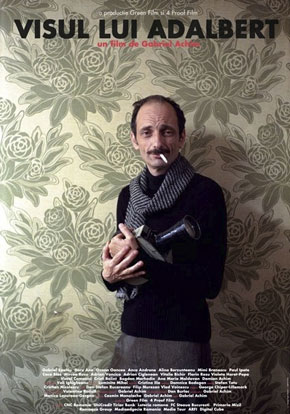