At the age of seventeen, Ilmari has already spent much of his life administering to the needs of his mother, the mercurial Leila. A veteran actress famous enough to be constant tabloid fodder, Leila’s desperate desire to be the centre of attention has only been exacerbated by her professional success. Ilmari’s daily duties include looking after his younger brother, mixing drinks for Leila’s friends and, most importantly, comforting Leila when she’s distressed — a common occurrence. Ilmari has become accustomed to an overwhelming level of responsibility, having chased off a number of his mother’s less acceptable suitors. Leila’s neglect has filled him with a rage he now considers normal. Following a very public squabble with the director of her most recent movie, Leila has promised the boys a relaxing weekend, just the three of them, during which they can quietly enjoy each other’s company in the countryside. But it doesn’t take long before Leila inevitably tires of — as she puts it within earshot of Ilmari — “being alone” way out in the middle of nowhere. Soon enough, her friends arrive — one of them so wasted he passes out on the lawn. Among them is Aimo, a screenwriter with whom Leila is conspicuously taken, setting the stage for a confrontation that threatens to spin out of control.

more about: The Good Son

Award-winning Finnish director Klaus Härö's next movie will be a historical drama, which will be supported by the Finnish Film Foundation

Cineuropa met up with Finland’s Producer on the Move, Mark Lwoff, of Bufo, to discuss his experience as a producer and his upcoming projects

The organiser of FF Riga, Sarlote Liduma, elaborates on her plans for the new festival

Nordic cinema in Rome with the Nordic Film Fest

The first edition of the festival will take place from May 3-6, 2012, at the Casa del Cinema, with films from Denmark, Finland, Norway and Sweden. Guests include Pernilla August

After 6 1/2 Jussis, Aki Kaurismäki’s Le Havre in running for César 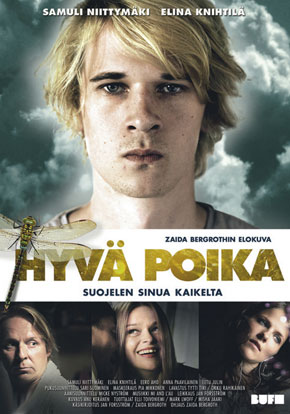