Set in a steamy Glasgow of the early 1950s, the film focuses on the existential crisis of Joe, a rootless young drifter who finds work on a barge owned by the down-to-earth Les and his enigmatic wife Ella. One afternoon Joe and Les happen upon a corpse of a young woman floating in the water. As the police investigate the case and a suspect is arrested, it becomes evident that Joe knows more about the drowned woman than he is letting on. Meanwhile, against the background of this mysterious death and the 'murder' investigation, Joe and Ella embark on an intimate and passionate affair.

The Salesman joins the Cannes competition

Asghar Farhadi is in the running for the Palme d'Or; David Mackenzie is in Un Certain Regard; Richet has a midnight screening; Littell, Dridi and Leprince-Ringuet have special screenings

The first few titles have been announced for the 65th Edinburgh International Film Festival (EIFF, June 15-26) and as is the festival’s wont, they are British. Page Eight, the first feature film...

Hallam Foe to kick off Edinburgh

The 2007 edition of the Edinburgh International Film Festival (August 15-26) will open with David Mackenzie’s Hallam Foe (see article). The Gillian Berrie produced film is written by Mackenzie and...

Jamie Bell, the 20 year-old actor from the English countryside with chiselled features, who rose to fame as the dancing Billy Elliott of Stephen Daldry’s film of the same name, plays a solitary...

“We are so excited that David Mackenzie’s Hallam Foe was accepted in competition. It’s the platform we were hoping for for this film”, said Independent Film Sales' head of marketing Sarah Goodwin,...

More exciting news for UK films and talents still celebrating their 15 nominations at the 79th Academy Awards: no less than seven UK films and co-productions will screen in official competition at...

Scottish director David Mackenzie, co-founder of Sigma Films with his brother/actor Alastair and producer Gillian Berrie, is putting the final touches to his new feature film Hallam Foe set to...

Feast of British films at Edinburgh

Announced on July 13th by its artistic director Shane Danielson, the programme of the 59th Edinburgh International Film Festival (EIFF) will be a celebration of new British films well attended by... 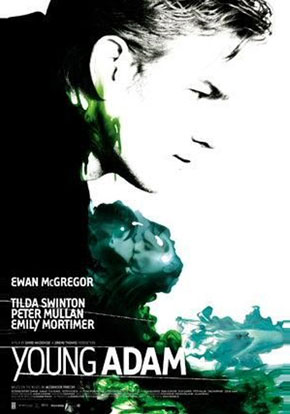