The film opens in Paris on the eve of the presidential elections, just after a huge terrorist attack at the Gare Austerlitz. The government accuses Islamists. But a computer hacker who considers himself an anonymous law-upholder carefully studies images of the explosion and tracks down, from a distance, the trio responsible for the crime, in particular a young couple. Using the city’s surveillance cameras, he spies on and manipulates them. In the process, he realises that the truth can have many faces.

more about: Paris Under Watch

Filming is over for the thriller by Cédric Jimenez, played by Jean Dujardin and Gilles Lellouche, a Légende production sold by Gaumont

Loyal to the spirit of Franquin’s comic books, this off-the-wall family comedy by Alain Chabat has won over the critics.

With French majority production Captured (photo) by Brillante Mendoza (article), a film starring Isabelle Hupert to be officially unveiled next Sunday, and with Canadian feature film War Witch by...

34 premieres at Rendez-vous with French Cinema

Looking ahead to the Rotterdam and Berlin festivals in order to strike some good deals: this is the aim of the 450 international distributors who will meet tomorrow in Paris for the 14th... 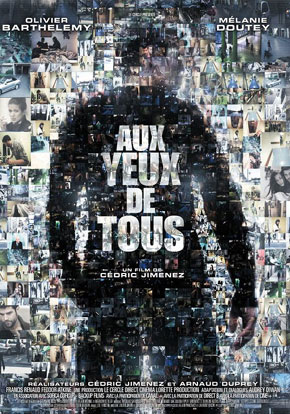