WHEN THE LIGHTS WENT OUT

1974. The Maynard family moves into a new house in a small community in Yorkshire. Working-class father and mother try to make their daughter, Sally, feel at home. In that grey zone between childhood and early adolescence, Sally hears noises and sees things that don’t entirely make sense, though initially her parents dismiss these as the product of the overactive imagination of a child. But then they, too, start encountering what turns out to be the ghost of a murdered young girl.

more about: When the Lights Went Out

Lights goes up in Rotterdam

The British film When the Lights Went Out (pictured) is again proof that genre films are not necessarily an obstacle for a festival premiere. Directed by Pat Holden, the film dramatizes a famous... 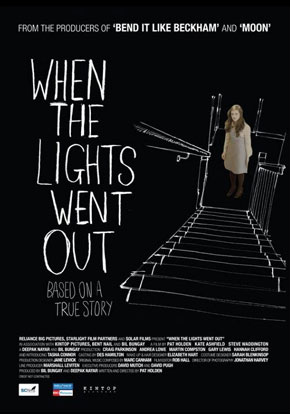