During her nightly escapades Hemel searches for the difference between sex and love. Sometimes she leads, sometimes the men with whom she sleeps. The most important person in Hemel's life is Gijs, her father, who works in an auction house. After the early passing of her mother Hemel grew up with him alone. Just like Hemel, Gijs is restless and isn't committed to anyone except for his daughter. This changes when Gijs falls in love with the young auctioneer Sophie.

"I find it important to fight for what you want, even if it’s difficult to explain what you have in mind"

We chatted to Dutch director Sacha Polak just after she opened the 48th IFFR with her tremendous third feature, Dirty God

BERLIN 2017: Cineuropa sat down with Dutch actress Hannah Hoekstra, selected as one of the Shooting Stars 2017

Zurich: An enigmatic character on an errant journey of despair

BERLIN 2015: Sacha Polak's latest movie, following Hemel, is in the Forum section at Berlin and paints a two-part portrait of an intriguing woman who wishes she were free

Eisenstein travels from Guanajuato to Berlin

A resistance fighter, a lonely woman and the fight against corruption for Beta Cinema

20 candles and a few challenges for Europa Cinemas 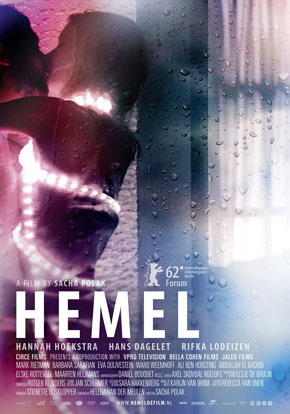