Fatimetu is born to a Sahrawi family in a Saharan refugee camp in Algeria and later sent to live with foster parents in Spain. After the death of her mother she returns to the camp. She has been absent for sixteen years. Her brother now expects her to stay and look after her sister Hayat, who has difficulty walking. Fatimetu, who unlike the other women can drive a car, finds work transporting animals, meat and bread from one administrative district to another. In time, the Sahrawi people become accustomed to the woman who tears about the desert without a hijab in her beaten up jeep. But Fatimetu is torn between life in the desert and her memories of her family and friends in Spain.

All the colours of Wilaya

The fourth feature film by the Spanish director Pedro Pérez Rosado (whose previous outings include La Mala and Agua con sal), Wilaya would feel more like an ethnographic documentary than a drama...

Cinespaña kicks off in Toulouse

Spanish films with a difference at Dífferent 5!

Thirteen films to compete for the Golden Biznaga in Málaga 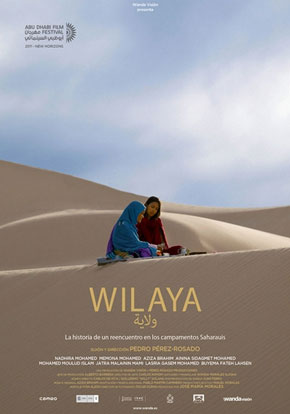