24 Hour Party People (the title comes from a song by the Happy Mondays and reflects the true spirit of this film) is about the late Thatcher years and their repercussions on life in Manchester, a city that created and nurtured some of Britain's foremost musical talents in its nightclubs.The main character of this film that is a blend of documentary and a comedy, is Tony Wilson, a TV presenter who owns a cutting edge record company called The Factory.

The UK Film Council’s (UKFC) Development Fund is investing over £2m in 15 film production companies under the aegis of its Production Company Vision Awards. The Awards will give companies up to...

Winterbottom and Korine head to the Croisette

At least two UK feature co-productions have been chosen for this year’s Cannes Film Festival (May 16-27): A Mighty Heart by prolific British director Michael Winterbottom, screening out of...

If you are a UK-based film project developer and want to learn how to make really great British films, read on. Arista Development, a London-based international development agency and training...

Co-funded by the UK Film Commission’s (FC) New Cinema Fund to the tune of €876.214, and by the Irish Film Board (IFB) , Intermission by John Crowley won the audience award for best film at the... 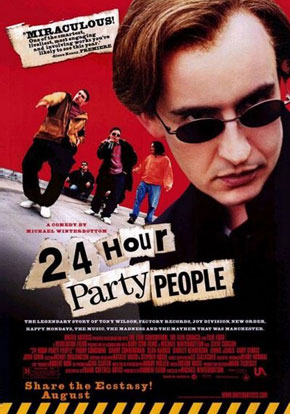