On 8 August 1991 an Albanian ship carrying 20,000 people reaches the port of Bari. The ship is called the Vlora. If you look at it closely it looks like a teeming ant colony, an indistinct mass of bodies hanging on to each other. Mooring is difficult, someone throws themselves overboard to swim to land, lots of others shout “Italia, Italia” in chorus, making the victory sign with their fingers. The Vlora is an old and decrepit merchant ship. On 7 August 1991 the ship, returning from Cuba, reached the port of Durrës with 10,000 tonnes of sugar in its hold. Work on unloading the sugar was underway when an enormous throng of thousands of people suddenly assailed the ship, forcing the captain to head for Italy. The engine is on the verge of breaking down; there is no food or water. Just sugar. Night falls and the captain narrowly avoids a collision. The next morning, waiting for the Vlora is an incredulous and stunned city and an empty football stadium where, after lengthy disembarking procedures at the port, the Albanians are held before being sent back home. Twenty-one years have passed since that day. Most of the people who boarded that ship were sent back to Albania but the crossings continued and many of them had another go. Today four and a half million foreigners live in Italy.

more about: The Human Cargo

The documentary by the director of Diaz, presented out of competition at the 69th Venice International Film Festival, recounts the brave landing of the Albanians on Italian coasts in 1991

Daniele Vicari presents his fifth fictional film at the Rome Film Fest, a simple and dramatic story of survival set against the backdrop of everyday life

Not even Sean Connery lives up to the James Bond legend

In competition during this year’s Turin Film Festival is Mario Balsamo and Guido Gabrielli’s documentary film – a witty reflection on illness, friendship and false myths

A war film for Daniele Vicari

The man behind Diaz: don’t clean up this blood turns to Melania Mazzucco’s novel ‘Limbo’ as basis for his next film. Producer is Fandango 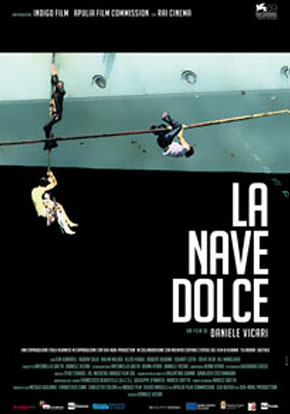 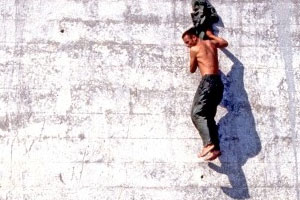 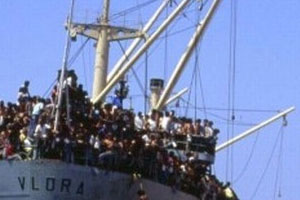 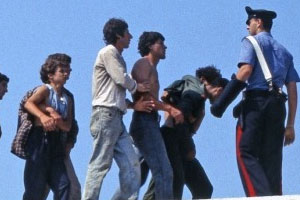 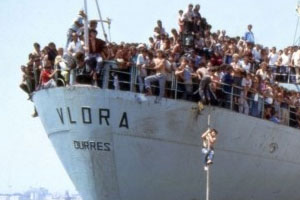 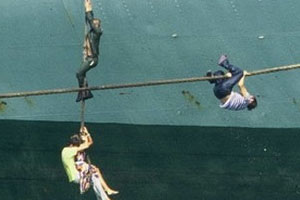 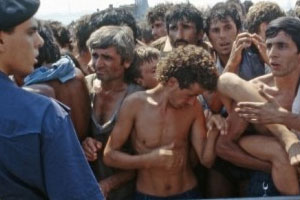