Set in 1950s Prague, the film follows Hakl, a member of the Communist police force and his investigation of a seemingly mundane robbery at a goldsmith’s shop. His desire for the truth, though, leads him to new evidence indicating that the case is far more complicated than it seems. State Security takes over the investigation, replacing him with a German specialist in Zionist crime, Zenke, whose ominous arrival feels more than coincidental. Hakl defiantly continues his investigation on his own, sending both men on a collision course with governmental powers beyond anything they could have suspected.

more about: In The Shadow

The shooting of the new genre film, a Slovak and Czech co-production, has already begun

Fair Play: The moral heroes of the recent past

In the Shadow rules the anniversary edition of Czech Lions

In the Shadow is best film according to Czech film critics

The awards were handed out on Saturday and the dark period drama In the Shadow left with five awards, beating Sundance competitor Four Suns and football comedy Okresni prebor 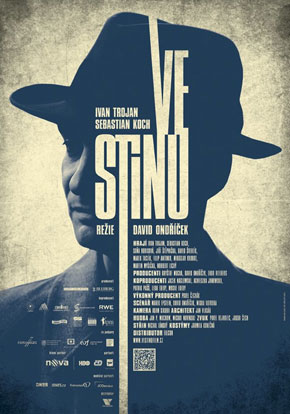 BERLINALE 2021: In her new documentary, shown in the Encounters section, the French filmmaker once again investigates the French banlieue and its inhabitants
Jacqueline Lentzou • Director of Moon, 66 Questions

BERLINALE 2021: We talked to the Greek filmmaker to try to unpick her daring approach to her first feature, screening in Encounters
Ferit Karahan • Director of Brother's Keeper

BERLINALE 2021: We talked to the Turkish director about his social drama with tragicomic elements, based on his own experience in a boarding school for boys