The tribulations of mercenary and loner Hugo Cornelius Toorop. Accepting to escort Aurora from Eastern Europe to New York for a Mafia job, Toorop discovers that the young woman is being used as a guinea pig by researchers. She turns out to be the object of multiple and dangerous interests, as she carries a virus that is capable of wiping out the entire human race. Criminal networks aiming at new biotechnological markets and post-millenarian sects who dream of genetically creating a new Messiah set out on their trail.
An adaptation Maurice G. Dantec’s novel Babylon Babies.

The secret surrounding the shoot for Luc Besson’s thirteenth narrative feature, The Lady, was revealed yesterday by Thai sources. The film will centre on the life of Burma’s Aung San Suu Kyi,...

After filming a few scenes in secret in Châteauroux in mid-July, Mathieu Kassovitz will officially start shooting this Sunday in Anaa, French Polynesia, on his seventh feature, Rebellion. The...

Last year was a record one for French film abroad, as Gallic productions attracted 77.6m viewers according to estimates by Unifrance. This is the best score since data collection began 15 years...

Last year was a record one for French film abroad, as Gallic productions attracted 77.6m viewers according to estimates by Unifrance. This is the best score since data collection began 15 years...

Boosted by the "La rentrée du cinéma" initiative organised by the FNCF (National Federation of French Movie Theatres) on September 14,15 and 16 with ticket prices at €3.50 and a total of 1.7m...

German audiences can this week enjoy a varied selection of new films, including five local (co-)productions. First on the menu is a typical dish served up by distributor Schwarz-Weiss: Ulla... 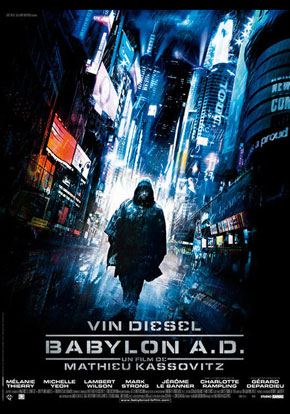