THE STRANGE CASE OF WILHELM REICH

At the end of his life, Wilhelm Reich Austrian-American psychiatrist and experimental scientist searching for the fundamentals of life finds himself on trial, charged with deception. His dream of liberating human individuality makes him a dangerous opponent of an American system that is striving for global hegemony after 1945, using all available means. Was it madness to believe in man’s liberty or was Reich simply in the wrong place at the wrong time, and being a holistic global thinker, accurately observing far-reaching socio-political linkages? Ten years after his mysterious death in 1957, his writings, once burnt by the Food and Drug Administration (FDA), become an important source of inspiration for a ’68 generation in revolt.

more about: The Strange Case of Wilhelm Reich

The Viennale kicks off

Fifty years after having received its name, the Viennese film festival is awaiting some 100,000 visitors this year. Its 50th anniversary trailer is by the late Chris Marker 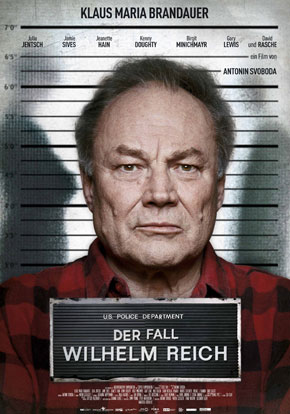 The producer of the Oscar-winning No Man’s Land and co-producer of The Lunchbox gives us some data on the Chinese market and explains how Bridging the Dragon can help European producers
Nikolay Mutafchiev • Producer, PREMIERstudio