Inspired by real events that took place in 2003, The Closed Circuit relates the misfortunes of three businessmen who fall victim to a conspiracy of sorts, led by a corrupt group of jurists and tax department employees. One day, at 6 a.m., anti-terrorist intervention teams, guns in hand, enter the homes of these three businessmen, who have no idea of the origin of the accusations brought against them by the district attorney: they are accused of being criminals laundering money. Put in jail and kept from having any contact with their families who are being harassed by government employees, they can only count on the help of a young journalist who will risk his career on television to do everything he can to unveil the truth.

more about: The Closed Circuit

EastWest has more than one genre up its sleeve

In Cannes, the vendor from Vienna will propose a Polish political thriller, the poetic biography of a drug addict, a moving depiction of Hopper’s paintings, and a Hungarian science-fiction movie... 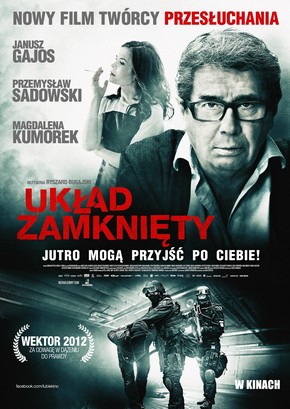