The Lovebirds intertwines six stories in the course of one night in Lisbon. An artist pursues a girl through the old cobblestone streets bewitched by the resemblance she has to his dead wife; two small-time crooks break into an apartment as they argue about a lover that tries to divide them; an aging director shooting a boxing film struggles with a movie star and a boxer who has too much pride to be knocked out; an alienated taxi driver brutally kills a prostitute but when he picks up a pregnant woman he may unexpectedly find redemption; a pilot’s weekend affair with a fashion designer goes haywire when her overprotective dog exposes certain trivialities in their relationship; an archaeologist refuses to come out of a work pit where his obsessions may be a cover up for something deeper. A mix of lovable off-beat characters dealing with love, friendship, passion, solitude and hope. 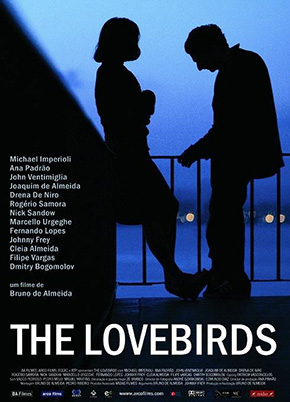