It is a story of eight outsiders who will try to create a theatre play while breaking every rule of theatre craft. It tells the story of Sasha, a relatively successful theater director, who returns from the big city to his home town without a clear notion of what that change might bring, leaving behind his career to re-start the neglected local theater. The call came from the mayor and Saša’s school colleagues. However, the play will be a succession of hurdles, as the city does not have any actors or anyone who would know anything about the theater business. The candidates will all be amateurs, and as the play will seem even more impossible to set up, they settle on a common ground: Western.

The gathering is back for its sixth edition, which will get under way on 5 November in The Hague

A good reason to come to Hamburg

Serbia and Croatia send local hits to the Oscars

Serbia has selected the box-office smash See You in Montevideo, while Croatia has opted for the play adaptation Cowboys

The Paris-based company is selling Ivan Ikic’s film, selected in the East of the West competition at Karlovy Vary

Eye on Films gears up for Cannes

The box office results of local films in Croatia hit an all-time record in 2013, with The Priest's Children leading the pack

A Stranger Wins the Golden Arena in Pula

Among the other Croatian films recognised by the jury are the dramas Hush and Circles, a minority coproduction. The comedy Cowboys takes the Audience Award...

The 60th Pula Film Festival (July 13-27) will present an unprecedented number of 24 films in competition sections, out of which ten are co-productions with minority Croatian share 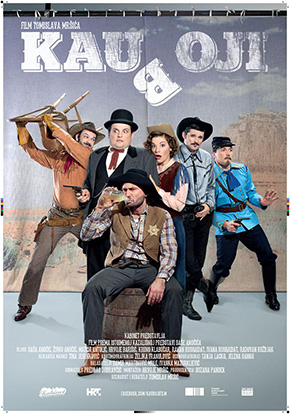