In Casablanca, the young Abdellah spends his days at home, living a relationship of conflicts and complicity with his father. In the city streets, he has occasional sexual intercourses with men. During a holiday, his older and venerated brother Slimane abandons him. Ten years later. Abdellah lives with his Swiss lover, Jean. He leaves Morocco and goes to Geneva, where he decides to break up and to start a new life alone. He takes shelter in a house of the Salvation Army, where a Moroccan man sings a song of his idol Abdel Halim Hafez for him.

Shooting set to begin for BPM (Beats per Minute)

Robin Campillo brings together a cast led by Nahuel Perez Biscayart and Adèle Haenel for this third feature, a Les Films de Pierre production to be sold by Films Distribution

“I can help artists to realise what they have within themselves”

Cineuropa met up with producer Philippe Martin, head of Les Films Pelléas, a few days ahead of the release of In the Courtyard by Pierre Salvadori

Bullets fly in Two Men in Town and Marseille, while Salvation Army and Quarter-life Crisis also get a release

Absent from the competition, France nevertheless features 23 productions and co-productions in the event’s other sections 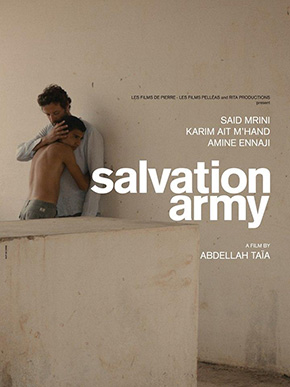