The story of Razi, an Israeli secret service officer, and Sanfur, a vulnerable teenager - who happens to be the younger brother of a leading Palestinian militant. As an Israeli informer in the West Bank, Sanfur's life is constantly at risk, and Razi has developed a protective, fatherly relationship to him that's steeped in genuine affection. Caught between the impossible demands that both Razi and his family make on him, however, Sanfur is forced to betray both sides - with appalling consequences.

Arab-Israeli conflict is at the heart of Israeli director Yuval Adler’s feature debut Bethlehem, which is part of the Venice Days 2013 selection

"I'm trying to break down the walls somehow"

Israeli director and screenwriter Yaelle Kayam has made a tale about spatial and cultural borders in her debut feature film, Mountain

Films from Israel at the Venice Film Festival: The Farewell Party and Vila Touma

The films by Sharon Maymon and Tal Granit and Suha Arraf will be screened at Venice Days and the Critic’s Week, respectively

Biz and buzz at the Venice Film Market 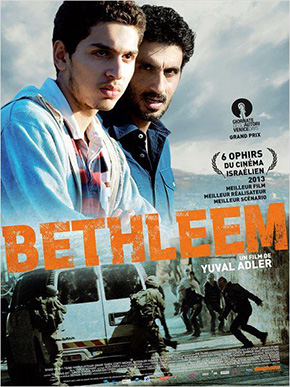