Atletico Pabarile, the lamest team in the Sardinian third league, is humbled, as it is every year, by Montecrastu, the team led by Brai, an arrogant wheeler-dealer who is used to vexing Atletico´s peons because he is the biggest landlord in the area. The homecoming of young Matzutzi, who had emigrated, thoroughly shakes up the season, and Atletico Pabarile starts winning one match after another, thanks to the prowess of its new undisputed champion. The film cuts back and forth between the story of the two teams and the rising international career of Cruciani, an ambitious referee at the highest echelons of his profession, as well as the subplot in which two cousins playing for Montecrastu are involved in a feud linked to the archaic codes of sheep breeding. Matzutzi succeeds in winning the heart of Miranda, the daughter of the blind trainer Prospero, while Cruciani gets involved in a corruption scandal which will land him the gutter: he is caught red-handed, in fact, and sentenced to be exiled to the hell of the Sardinian third league.

In Paolo Zucca’s film debut, which pre-opened the 10th edition of Venice Days, the actor plays an international referee who finds himself overseeing a final in Sardinia’s third division

Director Paolo Zucca speaks about his feature debut L'arbitro, born from the short by the same name, which won the 2009 David di Donatello award

"I have been inspired by Shakespeare"

Italian filmmaker Paolo Zucca talks to us about his project L’uomo che comprò la Luna, at the Cinemed Meetings in Montpellier

8 ½: the celebration of Italian cinema returns for its seventh edition

Five Portuguese cities will host the event, which this year will also screen Too Much Johnson, by Orson Welles

Cineuropa met up with Gaëlle Rodeville, the managing director of this highly original event on the French and European scene

The festival’s 14th edition, presenting Italy’s recent best productions, will take place between March 21 and April 8 in Tremblay-en-France and Paris

Set of aces and jokers for Le Pacte at the EFM

The line-up features Alain Resnais in competition, We Come as Friends in a Special Screening and The Kidnapping of Michel Houellebecq at the Forum 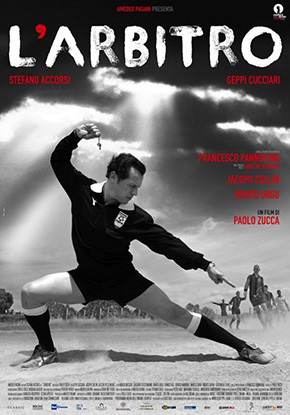