Fourteen-year-old Ada, expelled from her previous school for fighting, arrives at Bonn’s Ernst Bloch High School. An intelligent girl who prefers her own company, she has problems with her bourgeois schoolmates. The only people she respects are the elderly history teacher Höfi, who is able to challenge her fierce intellect, and the young Polish sports teacher, Mr. Smutek, who encourages her passion for running. When a new student, 18-year-old Alev, arrives at the school, Ada is attracted by his cool. Multi-ethnic Alev lives with his mother Amila and is friends with Grüttel, Tom and Bastian, who are his own age and live in a residential unit that is part of the school. Ada feels herself also drawn to Alev in a physical way, but Alev, not without self-awareness, tells her he is impotent. Nonetheless, the two gradually grow closer and Ada falls in love. Eventually, Alev explains to her his theory of the “gaming instinct", which views people as characters in a game and their behaviour as gaming moves...

The Whole Shebang leads a whole gang of German (co-) productions (including four in competition), with an emphasis on the Berlin School, to which a special sidebar is dedicated 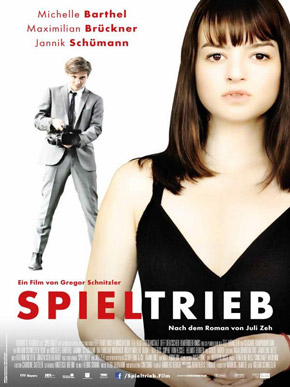