Leslie Konda, a talented young French soccer player who was discovered as a teenager by Didier, a small-time agent who took him under his wing, has just signed his first contract as a striker for a major Spanish soccer club. Sadly, he is unable to share his joy with his mother who died a few months earlier, but he promised her that he would take her ashes home to her village in Botswanga, in Africa. Meanwhile, his origins have earned him an invitation from the president of Botswanga, a keen soccer fan who has recently taken power after a military coup. Accompanied by Didier, Leslie sets out on his first visit to the country of his ancestors to pay homage to his mother as well as to receive a special award from President Bobo, who, despite his humanist speeches, rapidly reveals himself to be a megalomaniac, paranoid dictator. They have barely arrived when Bobo suggests that Didier convince Leslie to play for the national team, which is languishing at the very bottom of FIFA’s world rankings: the Crocodiles of Botswanga.

more about: Crocodile from Botswanga

Mars distributes In the Name of My Daughter in 281 cinemas

Fidélité has the wind in its sails at the box office as it releases André Téchiné’s film that was unveiled at Cannes; also hitting screens is The Bridges of Sarajevo

In the line-up, Bird People in Un Certain Regard, Girlhood and The Trial of Viviane Amsalem at the Directors’ Fortnight

Superchondriac is leader of quite the varied pack

After having taken almost 5 million admissions, Dany Boon’s film is topping the French charts, filled with national comedies and a handful of European arthouse titles

Shooting due to start soon for Tout, tout de suite by Richard Berry

The film takes another look at the Affair of the Gang of Barbarians, starring Steve Achiepo, Marc Ruchmann, Romane Rauss and Berry in a La Petite Reine and Légende production

Superchondriac gets off to a flying start

Dany Boon’s new comedy has taken 1.7 million admissions in five days, the most impressive initial performance for a French film since 2011

The diversity of European production is also being showcased with The Blocher Experiment, Only Lovers Left Alive and Gloria

Films Distribution: an EFM that straddles the present and the future

The line-up includes three films selected to be shown: The Dark Valley, Superegos and Wolfy, the Incredible Secret. And there are some very attractive titles still to come 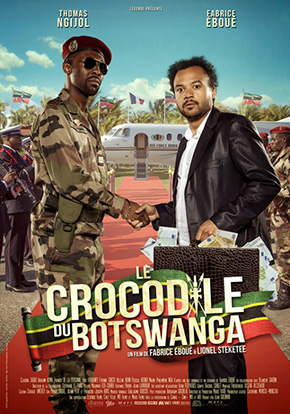 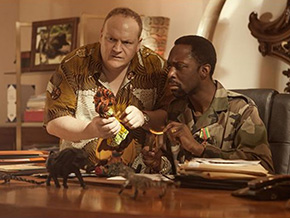 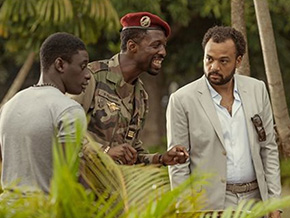