SOUL BOYS OF THE WESTERN WORLD

Soul Boys of the Western World is a voyage through the 80s in the company of Spandau Ballet, one of the decade’s most iconic bands. This archive-only documentary film tells the story of a group of working-class London lads who created a global music Empire, but at a price none of them imagined. Including the band’s own home movies and showcasing newly discovered material, this film takes us into the heart of the era, and the cultural, political and personal landscape that formed the backdrop to the band’s story. It is a film that speaks not only to fans of the band or those who harbour nostalgia for the 1980s, but to anyone who has ever experienced friendship and loss.

more about: Soul Boys of the Western World

The origins, triumphant rise and fall of Spandau Ballet in Soul Boys of the Western World

British films selected at festival to aim for US distribution 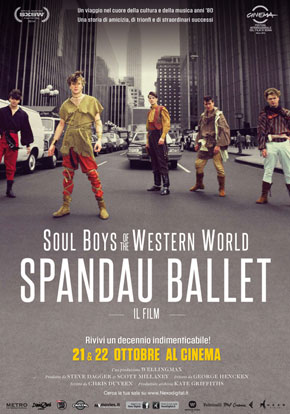