The cheeky young witch Bibi Blocksberg loves nothing better than spending her holidays at the Martinshof stables with her best friend Tina. She is not allowed to cast spells whilst she is there, but she is allowed to go riding. On their horses Amadeus and Sabrina the two of them are simply unbeatable. But this time, however, they have some serious competition. The pretty Sophia von Gelenberg is using every trick in the book to persuade Tina’s boyfriend, Alexander von Falkenstein, to go to boarding school in England with her...

There is just under a year to wait before we finally get to see the adventures of the German animated elephant Benjamin Blümchen on the big screen, acted out by real-life performers

Stories about families and friendship supported by the FFA

The German cinema academy has announced the candidates for the upcoming Lola awards. An Austrian film is the most nominated 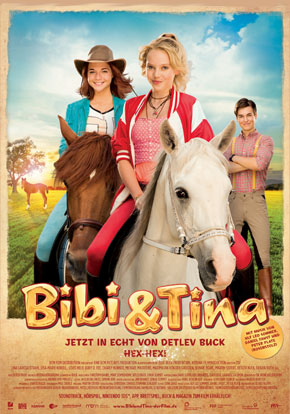