A HITMAN’S SOLITUDE BEFORE THE SHOT

The over-ambitious Koralnik has a dream job: he is a contract killer for a secret EU programme. But even eight years after his training he still hasn‘t had a single hit. Bored and frustrated, he lives according to the programme‘s strict rules – withdrawn, no social contact and constantly undercover. One day, the shy Rosa crashes into his car and life. Before he knows it, Koralnik is having dinner with her. For the first time, he can flee his everyday misery for an evening of company. But then the telephone rings. It’s Koralnik‘s first job. With Rosa alongside, Koralnik sets off on a chaotic odyssey through a night in which nothing goes according to plan...

more about: A Hitman’s Solitude Before the Shot

Forbidden love and loneliness from Picture Tree International at the EFM

With the Panorama opening film Blue Blood and the Generation drama You’re Ugly Too, Picture Tree International is presenting a strong line-up at the European Film Market

German films in Moscow and on VoD 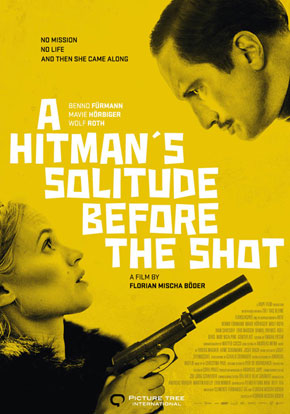