Alexandre Schmid, a well-known architect, has begun to doubt about the value of the work he has done up until now. He decides to make a journey to Switzerland and Italy in order to write a long put-off essay about the Roman baroque architect Francesco Borromini, whose life and work obsess him, and Aliénor, his wife, decides to go with him. In Stresa, on the Lago Maggiore, they meet two adolescents, a brother and sister named Goffredo and Lavinia. Aliénor decides to stay in Stresa for a while. Alexandre wants to continue on to Rome, and since Goffredo plans on studying architecture, Aliénor tells her husband to take the boy with him.

La Sapienza, a mysterious journey towards the light

With his latest film La Sapienza, in competition in Locarno, Eugène Green once again focuses on light, as the sole antidote to the crisis that plagues us

Clotilde Hesme heads up the cast of Diane a les épaules

Shooting is to begin shortly for Fabien Gorgeart’s first feature film, a Petit Film production sold by Be For Film and also starring Fabrizio Rongione

We discussed the role of festivals in promoting films with the director of the festival, Carlo Chatrian

All About Them delights the critics

Jérôme Bonnell’s trio of lovers has proved irresistible, while Paris of the North, Macondo and Waste Land are also hitting screens

The gathering has unveiled its full programme, which includes everything from the most highly awarded titles from the European festival season to the most groundbreaking and unusual productions

A French tidal wave in Toronto

54 French productions and co-productions on show 21 of which are world premieres including Samba, The New Girlfriend and Eden

Three French directors in the running for the Golden Leopard

Lucie Borleteau, Paul Vecchiali and Eugène Green will be taking part in the international competition of the Swiss festival (6-16 August) 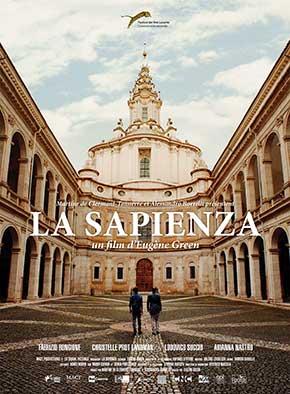