Mimmo is a 40 year old construction worker who follows orders, even if it means breaking the bones of those who can´t pay for their renovations. On these visits, it is his colleague, IL Roscio, who does all the talking, the threatening. Both men work for Mimmo´s uncle, Santili. Santili has a son, Manuel - a dangerously spoiled 30-year-old playboy. Il Roscio promises that he´ll get him the sexiest girl he´s ever come across – Tanya. Mimmo is in charge of picking her up, but Manuel postpones his birthday party in the meantime, leaving Mimmo in charge of hosting Tanya for the day. They fight at first, are complete opposites but a certain attraction starts growing between them. When Manuel hurts Tanya and humiliates her, Mimmo can´t stand it and dishes out a severe beating to him. From now on, Mimmo is on the run and his life will never be the same again... 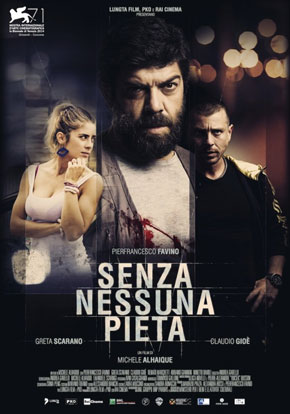