October 1983. Basque refugees Joxean Lasa and Joxi Zabala go missing in Bayonne. Their disappearance is followed by a wave of attacks perpetrated by GAL. IÑIGO, the young lawyer representing the families of the two men, must accept a growing conviction that they will never be seen alive again. 1995. Twelve years later, Jesús García, a police officer from Alicante, following new revelations about GAL, reopens the case of two unidentified bodies that had been unearthed ten years before, murdered and buried in quicklime. His suspicions are confirmed and they are shown to be the missing Joxean and Joxi. The bodies are repatriated and buried in Tolosa in a climate of great tension. The inquiry begins and Iñigo, with his young assistant, Fede, working with the examining magistrate and public prosecutor, investigate the inner circle of Civil Guard Colonel Rodríguez Galindo and the former governor of the province Elgorriaga. They find clear indications that they were involved in the kidnap and murder of Joxean and Joxi. However, on the long and laborious path to prove their allegations, they will have to confront the dirty tricks of a group that clings to power at any cost, overcome their own disputes and even put their own lives at risk.

Negociador: a rather unfunny Basque Affair

San Sebastián-born director Borja Cobeaga is on home turf with his new film, following his overwhelming success as the screenwriter for Spanish Affair

San Sebastián shows off its Spanish side

Alberto Rodríguez, Carlos Vermut, Isaki Lacuesta, Icíar Bollaín and Borja Cobeaga will be presenting their new films at the 62nd edition of the Spanish festival 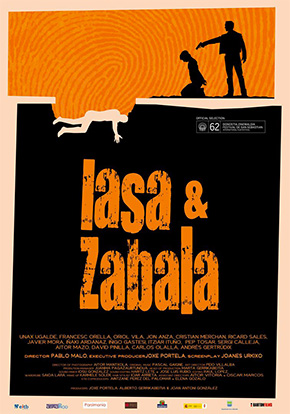 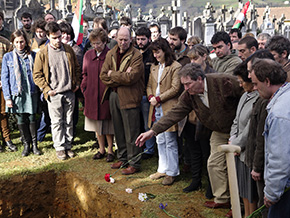 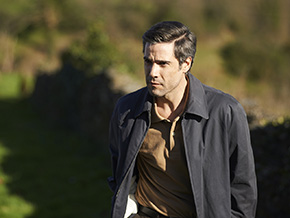 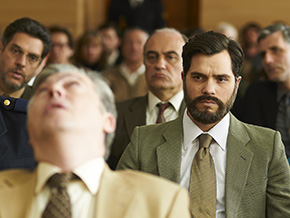