Maybe the 1960s, maybe the future. Seven astronauts wake up in a spaceship, not knowing where they have come from nor where they are heading. As the ship operates by itself, they have ample time to meditate, rather scientifically, on matter, life and the universe.

Seven French astronauts awake aboard a spaceship. None of whom knows where they come from or where they’re going. Based on a vague division of labour, someone starts cleaning, another sends video reports into space and the group’s astronomer makes an attempt to explain the universe. And because this is a French spaceship, there’s also a semiologist roaming around.

Cosmodrama or metaphysics in space

Monday marked the unveiling of the fascinating programme of the 21st edition of the Geneva International Film Festival Tous Écrans, which will be held in Geneva from 6 to 14 November

A dazzling line-up at La Rochelle

There is an exceptionally high-quality programme in store for the 43rd edition of the festival, which includes tributes to Marco Bellocchio and Olivier Assayas

Vincent Rottiers, Bernard Blancan, Tim Seyfi and Sabrina Ouazani are among the cast of the director’s feature debut, currently being shot and staged by Tita Productions

Through its advance on receipts, World Cinema Support and support for new technologies in production, the CNC will be very well represented on the Croisette

Five world premieres for the ACID 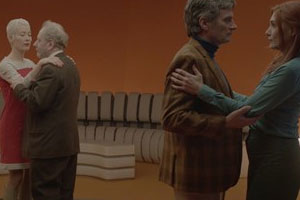