Right in the courtyard of a roman palace, just next to the Spanish Steps, lies an old and unique restaurant. Immediately after WWII, a group of young directors and screenwriters took on the habit of meeting there: their names were Scola, Monicelli, Fellini, Pasolini, Maselli, Pontecorvo, Antonioni, Visconti, Scarpelli, Benvenuti, De Bernardi, Solinas, De Sica, Risi, Age, Rossellini, Pirro, Zeffirelli and actors such as Gassman, Mastroianni, Mangano, Vitti, Sordi, Bosè and many others.

The "trattoria" of Nora and Otello soon became their home and office, to the point that cinema producers ended up calling directly on the restaurant's phone line in order to get in contact with them. In the years to come among those very tables they would conceive and write down some of the most beautiful pages of that season of cinema that spawned "Neo-realism" and subsequently the "Commedia all'italiana". Even nowadays, many of the key players of that season along with the new generation of actors and directors still meet there every wednesday evening to discuss cinema while dining and playing cards.
Actors, directors and writers from the international scene would also visit the restaurant. Brando, Peck, Hepburn, De Niro, Coppola, and the french Trintignant, Carrière, Chabrol, Vadim, Bardot and many more could often be seen eating at Otello's while working in Rome.

Otello's Secret remembers and celebrates that particular season of cinema through the personal recollections of actors, directors, producers, screenwriters and composers who have contributed to Otello's international fame with their own special craft. Blended in with the interviews are also a few excerpts of live music exhibitions that took place in the restaurant itself with musicians and songwriters the likes of Donovan, Pete Seeger, Luca Barbarossa, Francesca Schiavo.

Thus begins the American campaign of Claudio Caligari’s film, which is in the running to be nominated for an Oscar. The event, being held from 12 to 16 November, will feature 10 Italian films

The 14th edition of the Rome Independent Film Festival will be held in the Italian capital from 8 to 14 May, with a programme that includes over 100 films and the winners of Berlin’s Teddy Award 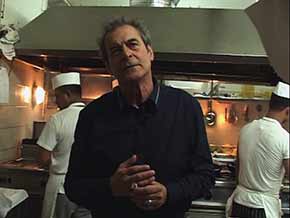 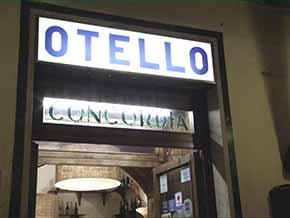