The people who live in this tiny village in northern Sweden still go to church. Days may be cold and grey here but everyone knows everyone and they stick together. That might sound idyllic and comforting, but could also be uncomfortably intimate. As it is in this story which is based on real events. Jennifer accuses one of her fellow pupils at school of having raped her. The police and judiciary are handling the case in a sober manner but the locals refuse to believe anything like this could happen in their village. The boy’s mother forces Jennifer and her son into a conciliatory embrace, but afterwards unleashes a clamour of outrage online. Before long, the collective fury of the entire village is aimed not at the accused boy but at Jennifer, whose testimony they believe has fouled their nest. Even the vicar, Jennifer’s friends and her own sister turn against her. Now the villagers have Jennifer’s whole family in their sights – a nightmare for the girl and the few people who still stand by her. The film powerfully depicts a dramatic development, at the end of which everyone is a loser.

Flocking: A dark portrait of a community in which the victim becomes the scapegoat

BERLIN 2015: A peaceful community abandons all its rules when a 14-year-old girl claims she was raped by her classmate

BERLIN 2015: Flocking has won the Crystal Bear for Best Film in the Generation 14plus section of the Berlin Film Festival. Cineuropa talked to its director, Beata Gårdeler

Drifters drifts away with five Guldbagges

Peter Grönlund’s feature debut collected the most prizes, but Magnus von Horn’s The Here After won for both Best Film and Best Director

A Man Called Ove and Drifters both nominated for six Guldbagges

The 39th Mostra International Film Festival will screen 60 films “to introduce new directors from the five Nordic countries, which are gaining more and more prominence worldwide”

Once again, the Brussels Film Festival will shine the spotlight on the year’s little-explored cinematic treats in Brussels’ movie theatres

Beata Gårdeler’s Flocking, Sanna Lenken’s My Skinny Sister, and Jannik Hastrup and Flemming Quist Møller’s Mini and the Mozzies have made the cut 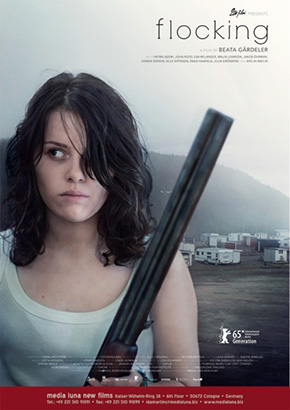 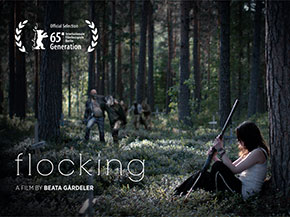 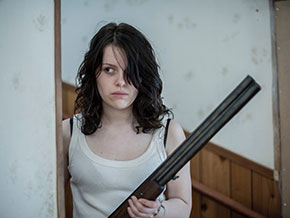