Itso, about 35, drives a special ambulance called a ‘corpse-van’. His job is to pick up the bodies of the recently deceased and transport them to the morgue. Itso’s assistant is a Gypsy with the nickname ‘Buddy’. Mimi, a nice and lovable ward-maid from the morgue likes Itso, but he doesn’t really pay much attention to her, because he is in love with Katya, an attractive 40 years old woman. Katya humiliates Itso and uses him, but it doesn't change his feelings for her. His attitude can only be explained by the way his mother used to treat him – with care but also with sadism at times. Katya turns out to be a mistress of the mafia boss Rocco, who beats her and one of the days – brutally rapes her, which is seen by Itso. Buddy convinces Itso that real men deal with life problems by administering justice themselves. Itso decides to rescue Katya and her 14-year old son Mario from Rocco, and free the world from a villain...This complex story, referring to subconscious, psychology and symbolism, is not only about freeing the world from outside evil, but also freeing a man from inside demons...

The debut feature by Dimitar Dimitrov tinkers among genres to laugh at death, until it becomes an inevitable and serious romantic drama

Orlin Milchev's feature debut The Art of Falling in post-production

Elena Zamyarkova, Alexandra Surchadzhieva and Ivaylo Hristov star in a first feature by the Bulgarian filmmaker, who triumphed locally four years ago with his graduation short

48 new features and short films are in the programme, which also showcases Bulgarian classics

The Sofia IFF teaches The Lesson 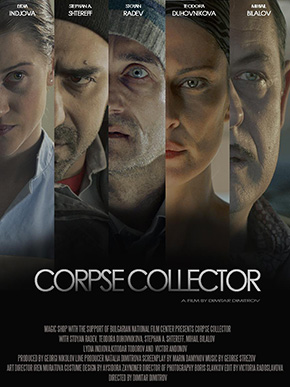 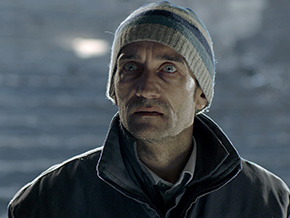