Over the course of more than three years director Camilla Nielsson has been up close in the inner circles of politics in Robert Mugabe's Zimbabwe. With the process of creating Zimbabwe's new constitution as the film's narrative backbone, Democrats tells the unique story of the political elite in Zimbabwe fighting the battle over the founding principles defining the country's possible future.

“Democracy is an organism – if we don't nurture it, it will die, and faster than you think”

We talked to acclaimed documentary filmmaker about her Sundance-screened feature, in which she throws people in at the deep end once again

In her documentary that reads more like a thriller, Camilla Nielsson shows how to destroy all pretences of democracy – in ten easy steps

CPH:DOX kicks off its industry events

New projects on a wide range of topics are being presented at this year’s edition of CPH:INDUSTRY, encompassing the energetic professional activities at Copenhagen’s CPH:DOX

36 European countries are represented in the selection, which includes for the first time a section dedicated to documentaries

Top Nordic documentaries and shorts to compete in Malmö

Life in the digital age at the Biografilm Festival in Bologna

The 11th edition of the festival dedicated to biographies will be based around the theme of privacy and the challenges posed by the internet, and will feature a Focus on Denmark 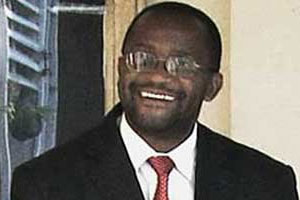