Orhan Pamuk - Turkey's Nobel laureate for Literature - opens a museum in Istanbul. A museum that's a fiction: its objects trace a tale of doomed love in 1970's Istanbul. The film takes a tour of the objects as the starting point for a trip through love stories, landscapes and the chemistry of the city.

more about: Innocence of Memories - Orhan Pamuk's Museum and Istanbul

VENICE 2015: With Innocence of Memories, special event in the Venice Days, the British director Grant Gee takes a step into the Museum of Innocence in Istanbul

From 18-27 March, the 38th edition of the festival will plunge into the world of documentaries, boasting some major names on its line-up

Venice Days: Debut films, many of them Italian, and the ‘non places’ of society

Today the programme of the 12th Venice Days, which will be held from 2 to 12 September, was unveiled 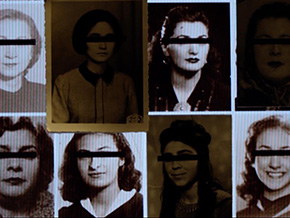