North Korea. The last communist country in the world. Unknown, hermetic and fascinating. Formerly known as “The Hermit Kingdom” for its attempts to remain isolated, North Korea is one of the largest source of instability as regards world peace. It also has the most militarized border in the world, and the flow of impartial information, both going in and out, is pratically non-existent. As the recent Sony-leaks has shown, it is the perfect setting for a propaganda war.

more about: The Propaganda Game

“I had the constant feeling I was being manipulated”

Latido handling sales for The Realm at Toronto and San Sebastián

The Spanish sales agent is coming out with all guns blazing during the festival season now under way, with Rodrigo Sorogoyen’s political thriller spearheading its tantalising catalogue

The Bride, with 12 nominations, and Nobody Wants the Night, with nine, are the strongest candidates at the 30th edition of the Spanish Film Academy's awards

Theresa von Eltz’s debut feature will be shown in the independent section Alice nella città, as well as a restored copy of Wenders' film after which the section is named

The tenth edition, which does not feature a competition, will take place from 16-24 October; guests include Jude Law, Wes Anderson, Todd Haynes, William Friedkin, Joel Coen and Paolo Sorrentino

Memento selling Marguerite, a contender for the Golden Lion

Its line-up also features A Monster With A Thousand Heads, which will open the Orizzonti section at Venice before the company sets sail for Toronto

The 63rd edition of the festival will feature a strong national presence: Álex de la Iglesia, Agustí Villaronga, Marc Recha and Cesc Gay are just some of the big names in the selection

Memento is Louder Than Bombs

Joachim Trier’s film, a contender for the Palme d'Or, stands tall on a line-up that includes the upcoming film by Bruno Dumont and the intriguing The Darkness 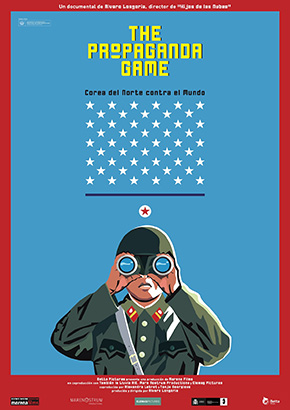