A lyrical and lovely film version of Under Milk Wood. Originating as a ‘play for voices’, Thomas' iconic text lends itself wonderfully to the visual arts. Starring Rhys Ifans and Charlotte Church, the film is directed elegantly by Kevin Allen (who worked with Ifans on the 1997 film Twin Town).

Two versions of the film were shot back to back and the Welsh language version, Dan y Wenallt, has been aired on S4C and shown in cinemas across Wales.

This English-language version is just as lush and enthralling, with the lyricism of the language matched by rich, dreamlike imagery.

more about: Under Milk Wood

Kevin Allen reunites with Rhys Ifans for Under Milk Wood 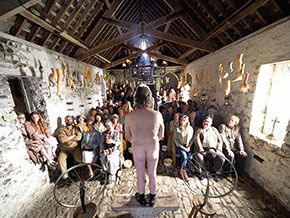 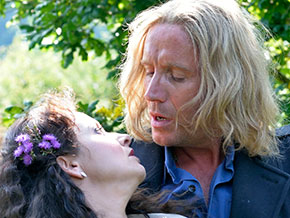 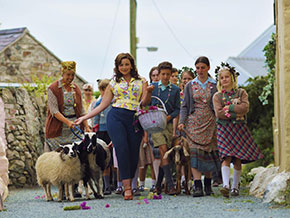