During the civil war in Kosovo Maca ( 35) loses her infant child due to tragic accident. Eleven years later she lives in Belgrade, struggling to make ends meet. working as a bar singer in the shabby suburban banquet hall. The owner of the outlet is her dead child’s Godfather, Bole (40). Bole came from Kosovo too, but he managed to find his way in the big city and he is a, “big boss” now. Maca’s ex-husband Jovan fought in the war and now lives as a novice in a monastery. Although he lives in solitude he is feeling that he has a calling to fulfill. Therefore he leaves the monastery in order to return and live among people again. Maca sees that the world is changing around her and she fears the end. She is full of hatred towards people who do better than her. She especially hates people who have children and who she believes doesn’t deserve to have them. She lives in fear of God’s punishment and tries to redeem herself by helping and advising her ex-husband’s nephew Djordje (20), the lazy good for nothing thug who disgusts her.

Humidity and On the Other Side sweep Serbian awards 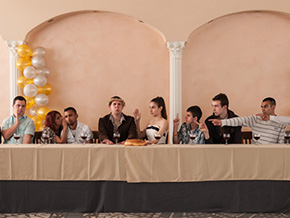 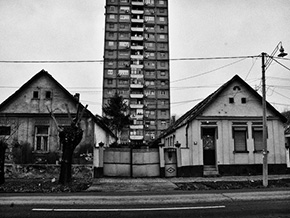