HEART OF A DOG

Heart of a Dog is a personal essay film that explores themes of love, death and language. The director’s voice is a constant presence as stories of her dog Lolabelle, her mother, childhood fantasies, political and philosophical theories unfurl in a seamless song like stream. The visual language spans animation, eight millimeter films from the artist’s childhood, layered imagery and high speed text animation. The director’s signature music runs throughout the film in works for solo violin, quartets, songs, and ambient electronics. The center of Heart of a Dog is a visual and poetic meditation on the bardo, the forty nine day period after death in which identity is shredded and the consciousness prepares to enter another life form. A Story About A Story envisions her ordeal in the hospital when she broke her back as a child and how the story became her way to understand the relationship of real events, authority, and faulty memory on the creation of stories. Theories on sleep, imagination and disorientation are framed as questions about time and identity. Is it a pilgrimage? Which way do we go?

more about: Heart of a Dog

The Norwegian premiere of Laurie Anderson’s new documentary, Heart of a Dog, was attended by 35 dogs and their owners

A profitable festival weekend for Martin Zandvliet’s Land of Mine

I AM A HYBRID, a novelty at this year’s Vilnius Film Festival, will show distinctive films that blur the line between documentary and fiction

450 films to unspool at the 39th Göteborg Film Festival

Now an independent, Sweden's NonStop goes on a shopping spree

The Be2Can Festival is running for the second time and has lined up award-winning films from Berlin, Cannes and Venice

Three of a kind for Celluloid Dreams

It’s been an exceptional year for Hengamen Panahi’s company, whose films won the Golden bear, the Palme d’Or and the Golden Lion in 2015 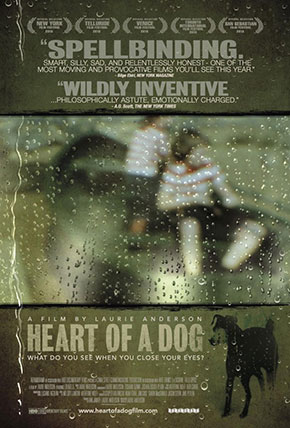 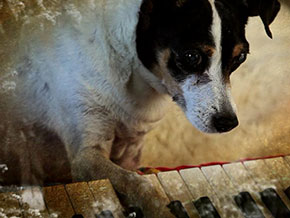