The feature debut of Alex Helfrecht and Jörg Tittel (adapted from György Dragomán’s multiple award-winning novel) is an impressive futuristic tale, very much Eastern European in tone, with Agyness Deyn impressive as Hannah, who joins her son on his mission when the pair are labeled as traitors. Support performances from a cast including Jonathan Pryce, Fiona Shaw and Greta Scacchi add much to this deft and intriguing film.

more about: The White King

A barrage of international sales have been announced for the upcoming epic Dutch feature, directed by Roel Reiné and starring award-winning US actor Jonathan Banks

The Estonian festival has selected 13 films from newcomers from a number of diverse regions, presented in their world or international premiere

The sales company, active since 1991 with offices in Europe and Asia, has filed for bankruptcy in the Netherlands 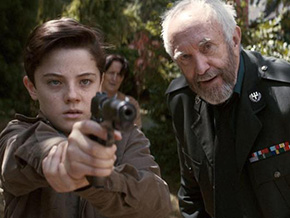