KING OF THE BELGIANS

King Nicolas III is a lonely soul who has the distinct feeling he’s living the wrong life. He embarks on a state visit to Istanbul with a British filmmaker, Duncan Lloyd, who has been commissioned by the Palace to shoot a documentary intended to polish the monarch’s rather dull image. The news breaks that Wallonia, Belgium’s southern half, has declared its independence. The King, bursting with purpose, must return home at once to save his kingdom. And for once, he declares, he will write his own damn speech. As they rally to depart, a solar storm strikes the earth causing communications to collapse and airspace to shut down. No phones. No planes. To make matters worse, Turkish security coldly dismisses the King’s suggestion they return home by road. But the King has no intention of waiting out this storm. Lloyd, sniffing an opportunity of historical proportions, hatches a dubious escape plan that involves flowery dresses and singing Bulgarians.

more about: King of the Belgians

The last King of the Belgians

VENICE 2016: The new film by duo Peter Brosens and Jessica Woodworth tells the madcap odyssey of a King of the Belgians swept up in the story of a one-of-a-kind mission: to save his country

"To follow a man who takes control of his destiny" 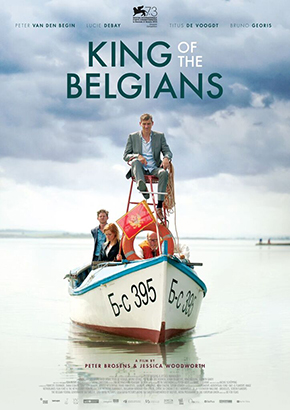 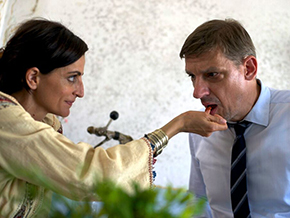 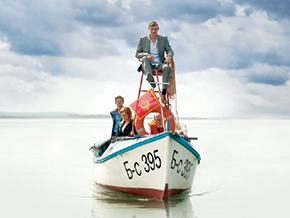 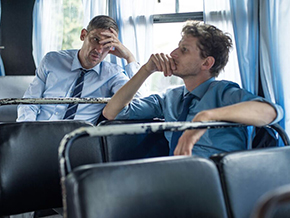 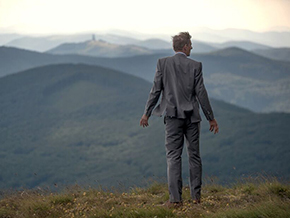 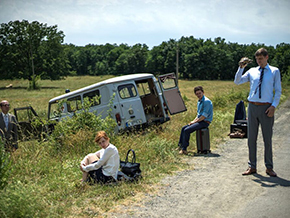