A thrilling crime story. A man who spends 10 years in prison because he is considered guilty but in actual fact is innocent. A serial killer at large. A prosecutor who demands the death sentence for the innocent man and later tries to prevent the truth from being revealed. An investigator who is finally obliged to conduct investigations against himself and a new one who is obsessed with delivering justice. The story of all those people and their families are intertwined in three timelines in the 1950s and 60s in the small Hungarian town of Martfű.

Distributed by Big Bang Media, the dark thriller by Arpád Sopsits is off to a great start at the box-office despite having an 18 certificate

Produced by CineSuper, the director’s first feature follows the moral dilemma of a father played by Szabolcs Hajdu 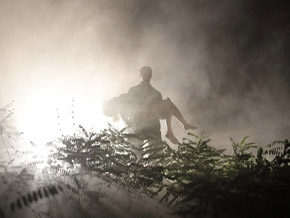