The eponymous protagonist of the film is a former assassin. She is a xenophobic and violent person, her life has always been filled with hate towards those who don’t share the same physical or cultural features; chiefly immigrants and muslims. Her job during the summer is to guard the beach and pick up the corpses of illegal immigrants who have drowned off-shore in their desperate attempt to reach the coast earning petty cash for each body. It’s a lucrative business so she has to face the competition of many illegal corpse-collectors. Nahiri, a Tunisian man, is one of them. He works with a group of illegal immigrants, who snatches the corpses from Caina and sells them in the black market. In order to increase their profit, it is not rare that they drown those who survived but are too weak to fight for their lives. It’s a ruthless business in which, sometimes, the opposites attract.

Italian director Stefano Amatucci's first film is a bleak, dystopian condemnation of the hypocritical perversion that Europe has turned itself into

"I wanted this film to be a representation of reality, not a picture of it"

Nisimazine had a chance to talk to Italian director Stefano Amatucci, whose debut feature, Caina, had its world premiere at the Black Nights Film Festival

The gathering will host fiction features and docs from all over Europe, plus the best of the current Italian film season and TV series; guests include John Turturro and Claudia Cardinale

The Estonian festival has selected 13 films from newcomers from a number of diverse regions, presented in their world or international premiere 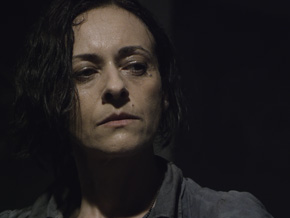 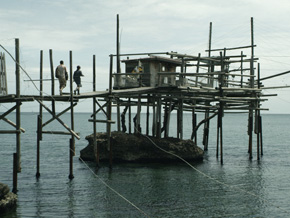