The Nazi-cinema was a state-controlled industry, subject to rigid political and cultural censorship. At the same time, it aspired to be “Great Cinema”; it viewed itself as an ideological and aesthetic alternative to Hollywood. A German dream factory. This state-funded studio-based cinema followed industrial modes of production. It established its own celebrity star system and marketed itself with the latest, state of the art marketing techniques. The aim was to beat the US-cinema with its own tools. German cinema produced Nazi blockbuster of the likes of "Münchhausen", as well as NS films d’auteur such as “Opfergang” (The Great Sacrifice). Nazi-cinema thought big. Technically, it was executed to perfection. Cinema was meant to educate and entertain. It was industrially pre-fabricated to manipulate the people co-opt the masses, stir up sentiments of hatred and consent, self-sacrifice and moral cowardice. Perhaps, the feelings evoked by these films were feelings of self-delusion, false feelings. It is only in this vein that the impact of Nazi cinema can be understood. It was popular and satisfied the desires of large sections of society. In its days, millions of people flocked to the cinemas. How much Hollywood is there in Hitler’s dream factory? 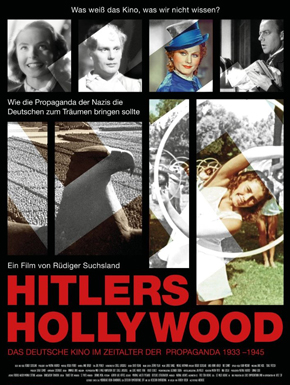