MARLINA THE MURDERER IN FOUR ACTS

In the deserted hills of an Indonesian island, Marlina, a young widow, is attacked, raped and robbed for her cattle. To defend herself, she kills several men of the gang. Seeking justice, she goes on a journey for empowerment and redemption. But the road is long, especially when the ghost of her headless victim begins to haunt her.

more about: Marlina the Murderer in Four Acts

Locarno announces the selections for its Open Doors Hub and Lab

The event combining literature and film is back with a prize to reward the best Italian crime movie of 2017, plus an international competition chock-full of European titles

The Hungarian film has triumphed in the official selection of the 50th jubilee edition of the Sitges International Fantastic Film Festival, while Joachim Trier’s Thelma won the Special Jury Award

Nine Europeans for the Directors’ Fortnight 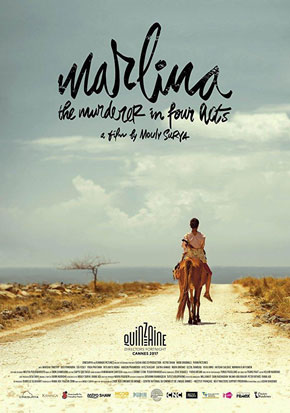