THE WHITE WORLD ACCORDING TO DALIBOREK

Dalibor K. lives in Prostějov, has a job painting gardening machinery, makes amateur horror movies and writes angry songs. He is a radical neo-Nazi, although he has never physically assaulted anyone. Approaching 40, he has never had a real relationship, as he still lives with his mother Věra (63). He hates his job, his boss, the Gypsies, refugees, homosexuals, Angela Merkel, spiders and dentists. He hates his life, but he has no idea how to change it. The filmmakers started filming this “portrait of an ordinary Czech neo-Nazi” at the point when Dalibor's mother Věra met Vladimír (47) on Facebook. A former cop from Topol’čany, Slovakia, Vladimír also claims to be an active neo-Nazi, one of his favourite lines is that he’d love to “turn gypsies into tarmac”. At first Dalibor is blustered and opposed to his mother “bringing an intruder into his territory”. His attitude changes, however, when he himself meets Jana (29), a married neighbour, on Facebook. Jana takes Dalibor’s mother’s place in helping Dalibor make his videos, but eventually their relationship collapses. The story culminates with Jana’s initiative of bringing the main characters on a trip to the concentration camp in Auschwitz, where Dalibor learns that he has Jewish ancestors... 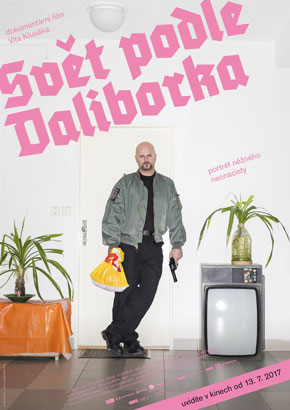