In order to investigate the recruitment of young European women by ISIS, journalist Amy Whittaker creates a new Facebook profile. Posing as a convert named ‘Melody Nelson’ she contacts ISIS fighter Bilel in Syria. Sitting on the sofa, her hair hidden by a hijab, she chats for hours as this charismatic British man with Pakistani roots describes his everyday life as a jihadist, cooks with her, and pays her compliments. He quickly gets to the point: while Amy is secretly recording their conversations for an investigative TV show, he urges her to fly to Syria and become his wife. Switching ever more swiftly between reality and the tapestry of lies she has constructed in her conversations with Bilel, Amy finds herself becoming dangerously enthralled by him.

"Fantasy is becoming a more attractive genre thanks to generational changes"

We interviewed Anaïs Emery, the charismatic artistic director of Neuchâtel International Fantastic Film Festival (NIFFF), due to take place from 6 to 14 July

What You Gonna Do When the World’s on Fire? comes out on top at La Roche-sur-Yon

The documentary by Italy’s Roberto Minervini has gone home with the Grand Prix, while the audience plumped for Nathan Ambrosioni’s Paper Flags

The 15th edition of the Hungarian festival is due to take place from 14 to 23 September in Miskolc, with 19 feature films in competition

BERLIN 2018: Styx received the Europa Cinemas Label, while Profile and The Silence of Others got the Audience Awards in the Panorama section 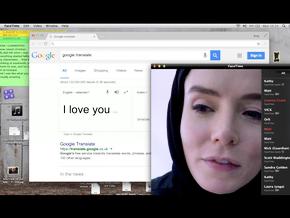