‘One big family’ is how protagonist Um Ghareeb describes the ‘al Gami’yas’ in Rod El Farag, one of Cairo’s poorest districts. In these communities, which comprise several members of the quarter's inhabitants, everyone regularly contributes a small amount of money into a pot. At weekly meetings, a collective decision is made as to who is currently the neediest, or who will receive some cash in order to purchase something they really need. Reem Saleh spent six years following the members of one such community with her camera. She reveals their daily struggle for survival and lets them have their say when it comes to their attitudes to tradition, sickness and death. Whilst some of these testimonials, such as the thoughts of one girl named Dunia on female genital cutting, are disturbing and leave questions unanswered, women who rule the roost at home in their families are also featured. The film’s understated use of music and the proximity and participatory nature of the camerawork allows Saleh to create an intimate portrait of mutual support and solidarity in an inhospitable world poised, quite literally, between the railway tracks.

more about: What Comes Around 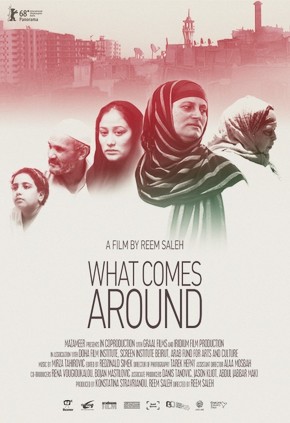 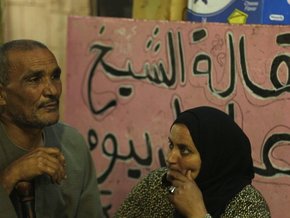