Examining the relationship between ourselves and the other species we share the planet with has opened up new ways to understand our place in the world. 'Becoming Animal' is an attempt to give some of these new ways of thinking a cinematic form. An essay based on a field trip to Wyoming's wild nature, in the company of the bio-philosopher David Abram and the two visionary filmmakers Emma Davie and Peter Mettler. And with an abundance of bison, moose and birds. Both form and thought are unchained in a film that ends up moving (far) beyond man's self-centred view of nature, and into a state of almost psychedelic receptiveness. As Mettler asks in a diaristic note: Are language and modern technology a barrier or an open door between ourselves and the world that surrounds us? And what about the medium of film itself? Throughout his many years as a filmmaker, Mettler has dealt with abstract phenomena such as northern lights, ecstasy and time itself. With Davie as fellow filmmaker and Abram as a travelling companion, 'Becoming Animal' (named after Abram's landmark book) is a film that makes you see everything with slightly different eyes. 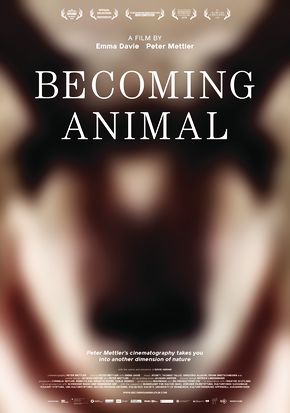