The participants of a reality TV show which collapsed mid-production meet again in the forest where they lived together a year ago. They were meant to develop a utopian society, in a social experiment in front of rolling cameras. Everything went wrong. But what happened only becomes evident as the film's reconstruction unfolds like a Chinese box. The reunion is mysterious, elegant and very funny, and recreated in a playful way where Bertolt Brecht meets Big Brother. The relationship between participant and spectator is turned on its head by actors with white makeup, who in the minimalist setting recreate the utopian collapse while the show's former participants look on in their new role as audience rather than participants, giving them the chance to experience the traumatic experiment from a distance. Jana Magdalena Keuchel and Katharina Knust's film charts the territory between documentary filmmaking and conceptual art in a way that questions both genres. And they know the usual outcome of utopian promises of social revolutions. A confident and clear-sighted film that invites you right inside the experiment.

more about: Last Year in Utopia 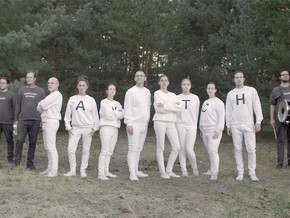 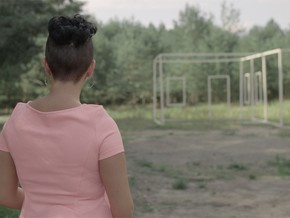 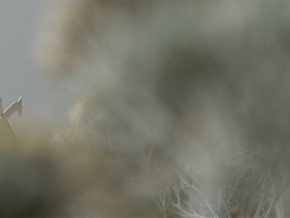 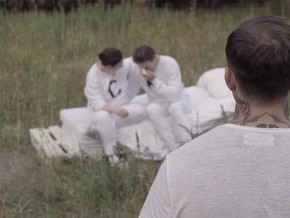