Even though it is widely ignored, Laos holds a shocking record: it is the most heavily bombed country in modern history even though it never declared war on other countries. From 1964 up to 1973 American airplanes have dropped more than 2 million explosive devices on Laotian territory while carrying out over 500,000 bombing missions. More than forty years later, the country still carries the heavy signs and burdens of such ruthless and inhumane warfare. Everything has changed since the war, but people still must deal and live with the consequences of it. Unexploded bombs have caused since the end of the war more than 22,000 civil victims. The rest of these deadly devices have been integrated in the chores of every day’s life transforming bombs in troughs, water tanks and even flower pots. The film carefully examines how to transform horror and death while trying to carry on, daily. With a precise observational style, the director introduces the viewer to a never seen reality where the war and its remnants have been weaved into the fabric of life.

more about: The Remnants

The city perched in the Atlantic is about to celebrate the 17th edition of its International Film Festival, spotlighting arthouse films and coming to the aid of movies at the post-production stage 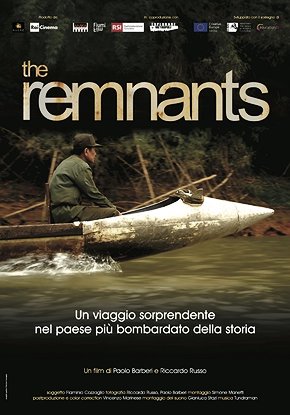